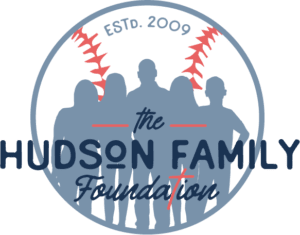 AUBURN, Ala. – In a Tiger Walk reminiscent of a football Saturday or a March Madness run, Auburn rolled out the orange and blue carpet Thursday morning.

This time, instead of receiving cheers, Auburn coaches and student-athletes were giving them, as busloads of elementary schools students filed into Auburn Arena past Aubie and Auburn cheerleaders while members of the Auburn University Marching Band played.

Guests of the Hudson Family Foundation, 1,200 students from Auburn City Schools, Opelika City Schools and Lee County Schools were inducted into the Legends Club, nominated by their teachers for their effort, respect, initiative, integrity, discipline and service.

“It’s a great opportunity to show the kids how we appreciate everything they do in their classes, at home with their brothers and sisters, and just being good kids,” said former Auburn and Major League Baseball star pitcher Tim Hudson of the program’s fourth year.

“Let them know that we’re proud of them and to keep doing the good work and keep making those good grades and keep being good examples in their classrooms, just being leaders.”

Hudson and his wife, Kim, congratulated the students for positively influencing their classmates.

Each member of the Legends Club received a certificate redeemable at Publix for a Thanksgiving food basket worth $100, enough to feed 10-12.

“I’ve always known that there’s a food shortage here in Lee County so we wanted to create a program that would address the food shortage issue while at the same time empowering children and making them feel special and building them up,” Kim Hudson said.

“Publix has been such a good supporter of our foundation since we moved back to Auburn with events and anything we ask them, they’re always on board. They not only donate, money-wise, but their staff is so helpful from the top down. It’s been a great partnership.”

Publix also provided snacks for the kids to enjoy on the bus ride back to their schools.

Auburn head coaches Bruce Pearl, Butch Thompson and Ralph Spry, along with assistant coaches and student-athletes, greeted the students as they arrived for the Legends Club assembly.